How we chose our name

Most of us involved with Mastiffs have heard or read the quote from the 1800 version of the Cynographia Britannica:

What the Lion is to the Cat the Mastiff is to the Dog, the noblest of the family; he stands alone, and all others sinking before him. His courage does not exceed its temper and generosity and in attachment he equals the kindest of his race.

I don't know why, but I always really loved this quote, maybe because it does ring so true to our breed.  Well, my last name is Griffin, but it's a pretty common name and there are several other "Griffin Mastiffs" out there.  I was doing some research and found the definition of "Griffin" was this:

Seriously, how fitting is that for a Mastiff!  How can I not use the name Griffin Mastiffs!  So I just had to do it, I chose the coolest spelling of Gryphon I could find and here we are. 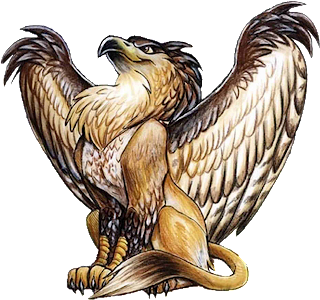 Posted by Gryphon Mastiffs at 1:32 PM